Langtang and Gosaikunda Trek is a good mixture of religion, culture and nature. A romantic trekking route that traverse the natural beauty, the pristine environment, the holy lakes and the splendid Himalayas that looks a mere distance away.

Langtang and Gosaikunda trekking is one for the most popular trekking route for those having religious fate and also looking forward for extreme adventure. Geographically close to the Tibetan border the Langtang and Gosaikunda trek route trails through remote valleys surrounded by glowing mountains that ends in a circulated chain connected to the peak of Langtang Lirung at 7246 m. The Gosainkunda trekking is a combined venture that extends into Langtang valley – fertile land and the holi Lake of Gosainkunda, situated in the same area.

Langtang and Gosaikunda trekking draws thousands of pilgrims every year as Gosainkunda is one of the major attraction of this journey. According to Hindu legend, Lord Shiva created the holy lake of Gosainkunda to quench his thirst using his devine trident. The green pastures of Kyangin Gompa and the holy lake of Gosaikunda, one of great pilgrimage destinations of Nepali Hindus, also falls on this trekking trail. This trek is most suitable for visiting Gosaikunda as it falls on the way of the trek. It encompasses the diverse and spectacular views of Langtang Valley and also the snow-clad Himalayas. Besides the supreme views of the snowcovered gigantic mountains, the tourists are also lined up to witness the great waterfalls emerging from one of the crevices from the hills, forests painted red with rhododendron and oak trees, the Gompas and the abundant monasteries that lie along this trail.

The forest of Langtang region is also well known for being home to the region’s special wildlife that includes red pandas, Himalayan black bear, and wild boar and Langur monkeys, similarly, we also sight monkeys between Syabru and Ghora Tabela, the views of snowcapped mountains-Langtang Lirung, Pemthang Ri, Langshisha Ri, Dorje Lakpa, and Kangchenpo, and Tillman’s fluted peak make up some of the most formidable vistas that are just awesome to behold in this blessed region.

The Langtang and Gosaikunda trek begins with the 6-7 hour drive from Kathmandu to Dhunche. We start from Syabru Besi, a small traditional village lying on the bank of Bhote Kosi River. The trail then slowly elevates as we make our way through rhododendron, bamboo and oak forests along the way. Upon reaching the Langtang valley, we then get a chance to explore the Sherpa villages and the visit of Kyanjing Gompa (3,798m) provides us a chance to peek at the lifestyle of spiritual Buddhist monks. If the weather is clean and not cloudy, then we are also greeted by several majectic mountains that form the famous Langtang Mountian Range. Ganesh Himal (7110 m) and Langtang -II (7,230 m) peaks are one of the major attractions of this trek.

The pilgrimage site of Gosainkunda is the major attraction of this itinerary. It is widely believed that the region consists of 108 scared lakes including Gosainkunda, Saraswati Kunda, Surya Kunda and others.

Welcome. You will be greeted by our representative and transferred to your respective hotels.

A seven-hour drive from Kathmandu will take you to Syabru Besi on the second day. It is located to the North of Kathmandu Valley and the drive is quite pleasant as you pass through some scenic beauty along the Trishuli River via Dhunche, the district headquarters of Rasuwa district. Overnight stay at a guesthouse

Crossing Bhote Koshi River kicks start the trekking and follow along the Langtang River. The trail gradually ascends through dense bamboo forests. We trek close to 1000 meters on the third day as the popular Lama Hotel is located at an alitude of nearly 2500 meters. The fortunate travelers might see spot Red Pandas, monkeys and bears along the trail.

The trek route follows the route of ‘Ghoda Tabela’ (Horse stable). After this, the trail is quite steady as we cross the beautiful while watching the Himalayan Yaks grazing on the field. Langtang village is one of the oldest villages in Nepal and the view of breathtaking Himalayas from Langtang is quite famous.

Trek from Langtang to Kyamjin is just about mere 400 meters, but the trek is fascinating because we come across several Cheese factories that are quite popular for the quality of cheese they produce. More over there are several Buddhist monasteries in the Kyanjin and the most popular one is the Kanjin Gompa which is known among the tourists.

Day 06: Back to Lama Hotel from Kyanjin

We return back to Lama Hotel from the beautiful Kyanjin. As it is a downhill climbing, it takes less than five hours to reach the Lama Hotel. We will be staying at the Lama Hotel for the second time during the travel itinerary.

We further descend from the Lama Hotel enjoining the natural beauty on offer. While on the route to Thulo Syabru, we might also be priviledged to see more of Red Pandas, monkeys and various rare species of birds. Thulo Syabru is a wonderful traditional village in Rasuwa which also offers unadulterated views of the Ganesh Himal 7110m, Langtang Himal and other mountain ranges.

Today, the trek is quite crucial and important for the trekkers as they will have to cover almost 1700 meters in a single day. Hence, the trekkers will be advised to climb and go about their trek in a slow and relaxed manner talking to the local people and enjoing the views of the nearby mountains. Upon reaching Lauribinayak, you will staying there for the night at a guesthouse.

On day nine, we steadily climb up from Lauribinayak and make our way to the holy lake of Gosainkunda. The trek undoubtedly gives an exotic feeling. You follow a rugged terrain trail littered with the dramatic views of the Manaslu Himalayan Range, Ganesh Himal and the Langtang Himal. On a clear day, even the Annapurna Mountain Range is visible to the North. The first view of the holy lake of Gosainkunda can be alarming as the bluish lake takes your breath away.

Today, we leave the holy Gosaikunda and climbs through rugged terrain past several small lakes to the Laurebinayak La Pass 4610m. You will reach Tharepati in the evening and will be staying at a guesthouse there.

The trail continues through the Pine and Juniper forests from Tharepati. Kutumsang is a beautiful village which has sufficient hotels and good lodges besides several temporary tea-houses.

Trek from Kutumsang to Chisapani is quite pleasant as you continue to climb downhill. Five hours of comfortable walk brings us to Chisapani, a small town with great natural beauty.

Day 13: Drive back to Kathmandu

After a short trek from Chisapani we will reach Sundarijal, located on the outskirts of the Kathmandu Valley. An hour’s drive from Sundarijal will take us to Kathmandu. You can take relax and rest for the day.

Today we start of the day with the tour of Swayambhunath Stupa, also known as Monkey Temple, from where a panoramic view of Kathmandu city can be seen. Then, we visit Hanumaan Dhoka Palace and Basantpura Durbar square, Boudhanath Stupa, Pashupatinath Temple and finally Patan Durbar square. In the evening you can explore the market, do some shopping for souviners.

Our team representative will drop you at Tribhuvan International Airport for final departure. 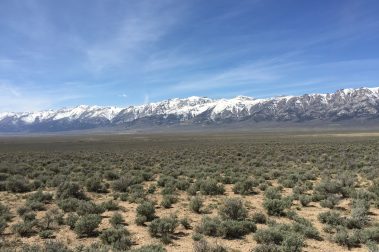 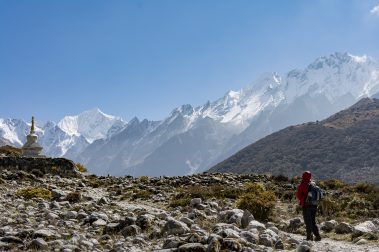 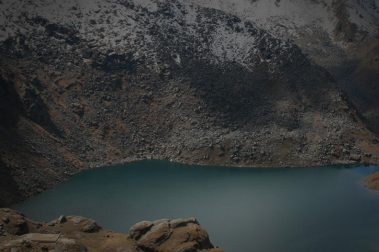 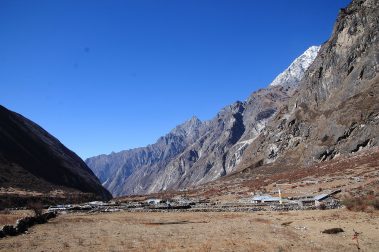 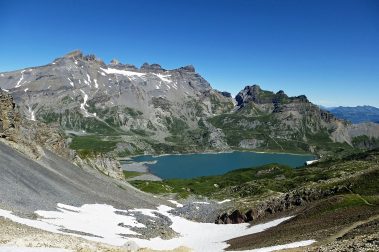 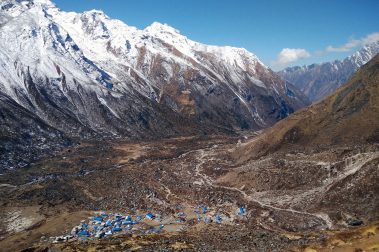 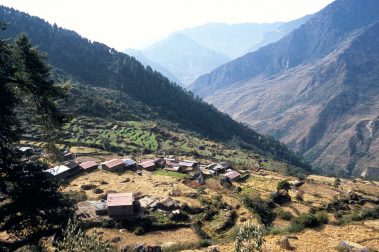 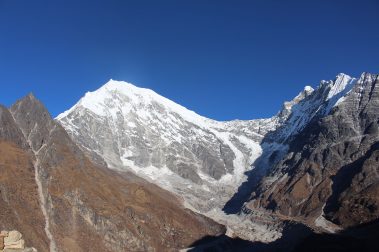 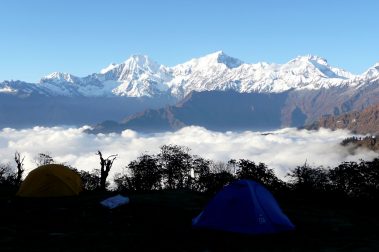